East High School Principal Luis Hinojosa had an idea.  To those who know Hinojosa (affectionately called Principal H by his students), this was nothing new.  The creative school leader is always looking for ways to support his teachers and students.  When he learned that a recent survey gave high marks to East High school, except in school spirit, he sprang into action.  A tangible award that was sought after by all students could improve school spirit.  The solution: a revival of the East High Letter Jacket program. 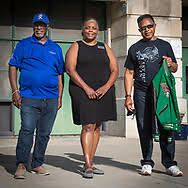 How to obtain and pay for the jackets was the assignment given to PrincipalsConnect. So,Willetta Willis McGhee and Carol Hallquist hatched a plan to recruit East alumni and others to sponsor letter jackets.  In turn, the jackets would have the alumnus’ names embroidered inside.  After identifying a vendor and costs, they recruited three sponsors—former Mayor Sly James, former East High grad, Gary McGhee and Denice Ross Haynes, a PrincipalsConnect adviser. 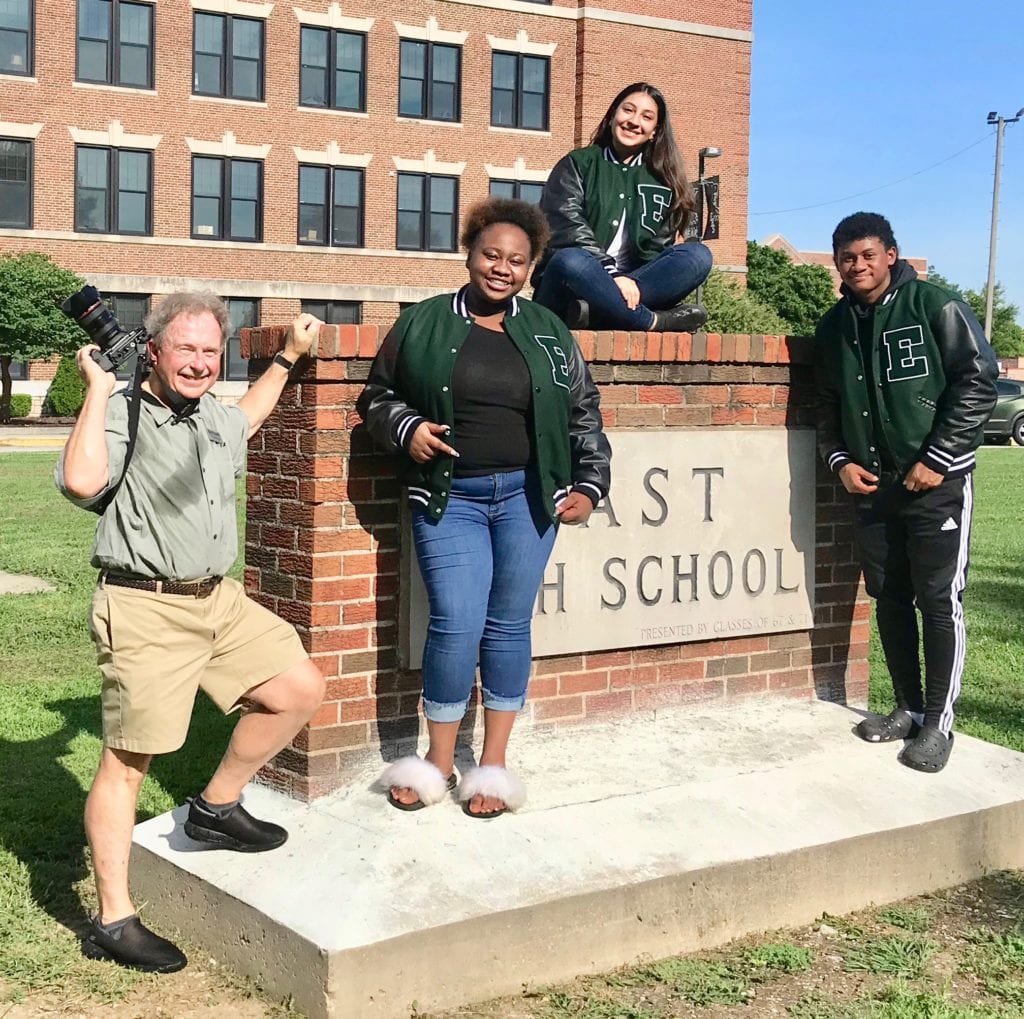 East’s teachers and coaches nominated three deserving students—Daniel Tapusia, a state wrestling champion,  dance team leader Litsy Flores and Arionna Murphy, who plays in the East band. On a steamy August day, the teachers, sponsors and students converged on East High where Randy Hudson, a gifted photographer and PC Adviser captured the surprised faces of the students when they discovered they’d been chosen to receive letter jackets.

Hinojosa is thrilled with the program, so his team is identifying the next athletes and scholars who will receive letter jackets later this year. Interested in supporting?  Contact Carol Hallquist challq2@gmail.com or go to PrincipalsConnect.com/donate.