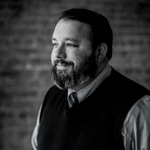 Jon Hile, an organizational leader with more than 20 years of philanthropic, civic, non-profit, and board leadership experience, serves as Director of Impact for the Hall Family Foundation. Prior to his appointment to this role, Jon served as Executive Director of Citizens of the World, where he grew a thriving charter school community. Prior to that, he spent 10 years as Chief Operating Officer with Big Brothers Big Sisters of Greater Kansas City, during which time his operational excellence gained recognition and helped double the number of children served.

Jon was elected to the Kansas City, Missouri School Board in 2012 where he served four years, including two years as President. He is a board member at City Year KC and previously served as President of the Centurions Alumni Association, and Program Committee Chair for the KCPS Foundation.

He earned a Bachelor’s in Justice Systems and Political Science from Truman State University and a Master’s in Public Administration and Non-Profit Development from the University of Missouri – Kansas City. Jon and his wife, Allyson, have two children Ellery and Owen, and live in Kansas City’s historic Longfellow neighborhood. 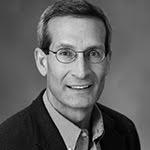 Chris Jones was formerly CFO of Hallmark International and North American businesses before retiring five years ago.  He has a BSBA in Finance from the University of Missouri Columbia and an MBA from University of Missouri Kansas City and has passed the CPA exam.  Chris’s volunteer activities have included The Kansas City Repertory Board and Restart Housing Services Board.  Chris’s retirement work was the inspiration for PrincipalsConnect. 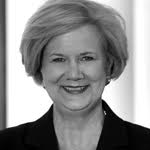 Janice Kreamer is the retired president and CEO of the Greater Kansas City Community Foundation and Affiliated Trust.

Kreamer is known nationally for her leadership of community foundations, and especially for her pioneering work focused on donor intent.  Under her leadership, the Greater Kansas City Community Foundation’s asset base grew from $14 million to $1 billion.  Kreamer was instrumental in creating the Partnership for Children and YouthNet organizations, as well as New Start.

Kreamer serves on the boards of the Kauffman Board of Trustees, where she serves as Board Chair, as well as the Edna McConnell Clark Foundation, the Kauffman Center for the Performing Arts, and Blue Cross and Blue Shield of Kansas City.  Her past board service includes the Johnson Foundation, Midwest Research Institute, the Village Presbyterian Church Endowment Trust, and the Kansas City Industrial Foundation. 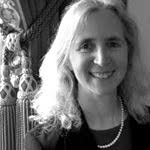 Mary Minow is a Senior Fellow, Advanced Leadership Initiative at Harvard University.  She specializes in library legal issues and is working on the role libraries can take in today’s “fake news” concerns.  She serves on the advisory board of the Institute of Museum and Library Services appointed by President Obama.  In addition, she is on the advisory board of the Electronic Privacy information Center, the Perma.cc advisory board at the Harvard Law School Library and has past experience with many library related boards.  She is a heavy app user and believes in the power to use technology to match underused volunteers’ expertise with school principals in need. 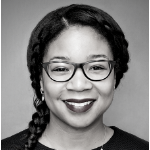 Melissa Patterson Hazley is an Educational Psychologist and senior researcher with the UMKC Institute for Human Development, a KCPS graduate and a native Kansas Citian.  Her professional interests include investigating equity issues within education systems and classrooms.  Her work also extends to equity issues within healthcare, workforce, economic development, and justice.  She serves as the Chair of the Central City Economic Development Sales Tax Board, which is a 1/8 cent sales tax fund dedicated to economic development in Kansas City’s urban core.  Melissa is married and has one daughter, Addison.  In her spare time, she loves reading articles about interesting, complex issues such as neoliberalism and feminism.  Most importantly, she likes to get out of the house and enjoy the sunshine with her family and friends. 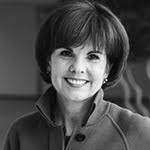 Carol Hallquist is founder of PrincipalsConnect, which provides volunteers to urban schools.  She created the nonprofit during her year-long fellowship at Harvard’s 2016 Advanced Leadership program.  She retired as the President of the Hallmark Corporate Foundation and held several executive positions with Hallmark Cards in her 32-year career with the company.  Carol’s community involvement focuses on education, diversity, and women’s leadership as she served on five education-based nonprofit boards.  Hallquist was appointed by Governor Parson in 2018 to serve on the Missouri Board of Education.