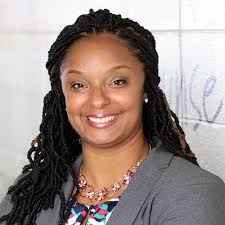 Dana-Mae Abram brings 11 years of experience as an elementary teacher in grades 2-6, teaching all subject areas as well as experience in administration. She has served as a teacher, Vice Principal and now the proud Principal at ML. King. She refined her administration skills through Kansas City PLUS (Pathway to Leadership in Urban Schools) where she received training, practice, coaching, and feedback.

She received her Bachelor’s of Science in Education from Missouri Southern State University as well a Master’s of Education in Educational Leadership from the American College of Education. She is also a wife as well as a mother of four beautiful and intelligent children. She enjoys singing, cooking and playing basketball. Her goal is to manage a safe and respectful environment that is challenging, invites the sharing of ideas, and is non-threatening for all. As an administrator, she aims to cultivate the skills of educators while building their capacity and preparing them to be leaders of tomorrow. 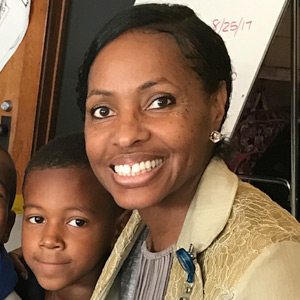 Dr. Jimmie Bullard has over 20 years’ experience in the field of urban education.  She has a strong background in educating the urban learner and is a proud product of the Kansas City Missouri Public Schools. Dr Bullard received her bachelor’s degree in Elementary Education and Masters of Education degree from Lincoln University.  She completed her second master’s degree in school administration from William Woods University and completed her Doctorate in Urban leadership from University of Missouri in Kansas City.

Dr Bullard has served as an elementary teacher, education consultant and college professor.  She writes poetry and is completing a book on effective classroom strategies for teaching urban children. 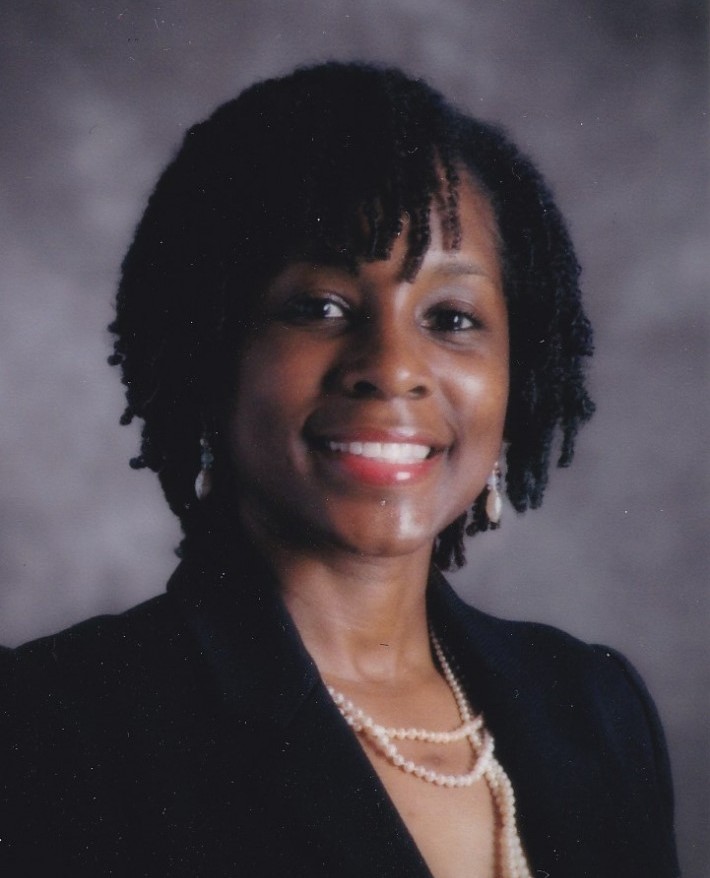 Dr. Fowler is the principal at Troost Elementary School, which serves over 300 students in grades kindergarten through sixth.  Prior to working in KCPS, she worked in Hickman Mills and Center School Districts.  Dr. Fowler began her career in education as a middle school social studies teacher.  She has also served in HR, worked as an Assistant Principal, and as an Instructional Facilitator. 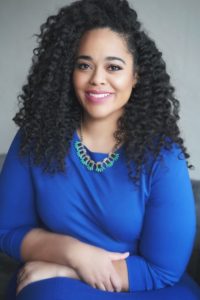 Following her graduation from Hampton University, Tara joined the New Teacher Project where she taught middle school in Shreveport, Louisiana.  She developed an all-girls mentoring program that focused on mindfulness, college preparation and community service.  She then joined Kipp Academy in Houston where she led school-wide culture systems as Dean of Restorative Justice and Culture.  Her work led to out-of-school suspensions decreasing by half.    Most recently, Ms. Haskins served as an Assistant Principal, where under her leadership, she led programs that resulted in students achieving 2020 academic growth two years ahead of schedule. 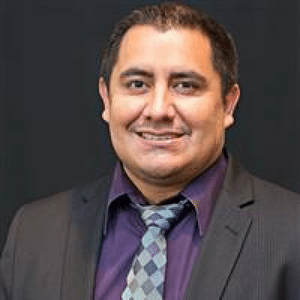 Luis Hinojosa has over 20 years of experience as an educator.  He knew in seventh grade that he wanted to be a teacher, and years later, he delights in creating science experiments with his instructors, like throwing boiling water up in the cold air to create snow or creatively enhancing teaching skills by using the synonym game “Password.”  He’s taught middle school, served as a high school assistant principal and elementary principal, and is currently the Principal at Pitcher Elementary.  Hinojosa was named the 2018 Principal of the Year by the Kansas City Public School Division of Academics.  He is currently pursuing his doctorate degree at Kansas University.  He is married and has 3 children. 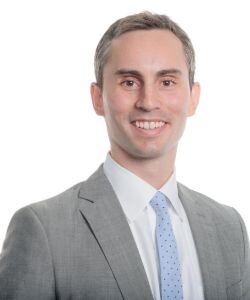 Prior to joining the KC Girls Preparatory Academy, Tom served as VP of Program Delivery with Leading Educators. He also served as the founding academic dean at a charter high school in Newark, New Jersey, where his students achieved 97% proficiency on state tests and scored highest in English Language Arts among poverty-level schools in New Jersey. Previously, Krebs taught in two Newark High schools and in the Bronx. He founded a student college access program that tripled the rate of student acceptances to colleges. He holds a BA in Public Policy Analysis and Economics from Pomona College, an MS in teaching from Pace University and an MA in Education Administration from National Louis University. 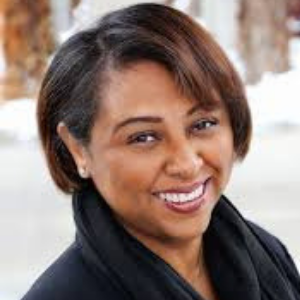 Phillena Layne is a native Kansas Citian and graduate of KCPS.  She has B.A. in Elementary Education from Alabama A&M University, M.A. in Integrated Humanities and Education from Rockhurst University, Educational Specialist in Elementary School Leadership from Northwest Missouri State University, and was recently accepted into the School Administration Doctoral program at the University of Missouri Kansas City.  Over the tenure of her career, she has served students as a classroom teacher, teacher on special assignment, instructional coach, program coordinator, and assistant principal.  She is a Fulbright Memorial Fund Scholar (Japan) and was in the founding KC Leading Educators Cohort. Phillena is completing her fifth year at Whittier Elementary where she served as the Vice Principal and now Principal.  Phillena is the proud mother to the sweetest 7-year-old little boy, a self-proclaimed “foodie” and enjoys traveling when possible. 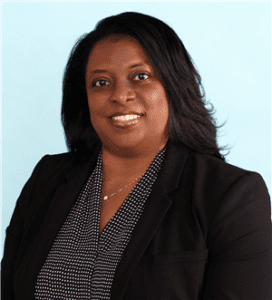 Michelle McDaniel is an experienced and reflective educator, with more than 20 years of experience in education. She has served in various positions within the St. Louis City Public Schools, St. Louis County Special School District, Riverview Gardens Schools District, Fontbonne University, and Harris Stowe University as a Special Education
Teacher, mentor, Assistant Principal, Principal, and Adjunct Professor. Ms. McDaniel’s education experiences have afforded her the opportunity to collaborate with a diverse group of people to meet the common goal of increasing student achievement and well-being. “I am excited to continue the
great work at HMC-1 where every student has the opportunity to learn and thrive, by providing a positive learning environment, a committed and focused educational team, and an encouraging community.” 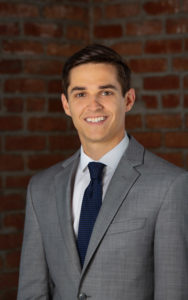 Mr. Ben Richardson will be entering his 11th year at East High School and his first as the building principal. He began his tenure at East High School as a history teacher, boys and girls soccer coach, and department chair, and he has served as a vice principal at East for the past five years. He has been recognized by KCPS as the 2017 East High Teacher of the Year, 2019 KCPS Star Assistant Principal, and a 2022 KCPS Outstanding Administrator. He is excited to use his experiences at East High School to continue to serve the school’s students, staff, and community.

Mr. Richardson holds a Bachelor of Arts in History and Secondary Education from Milligan College, a Master’s of Science in Educational Leadership and Administration from the University of Kansas, and is currently pursuing his Doctor of Education in Educational Administration from the University of Kansas. Mr. Richardson is a proud, fifth-generation public school educator. He met his amazing wife, Meg, in Kansas City, and has three children, Katie, James, and Nelly. 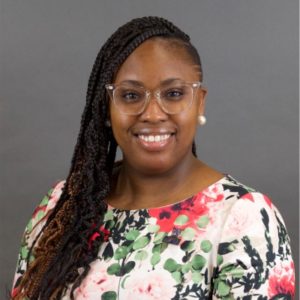 Rebecca Skinner is the new principal at Hogan Preparatory Academy.  She is a 2013 Bachelor of Music Education graduate from KU and received her MS in Educational Leadership and Administration from Pittsburg State University in 2018.  She has been a music instructor, instructional coach in the Kansas City, KS schools and was the assistant principal at Sumner Academy. 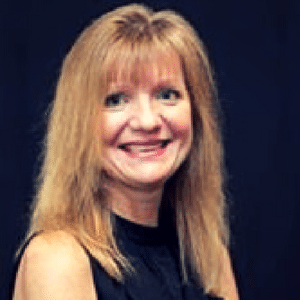 Kathleen Snipes is a 29-year veteran with Kansas City Public Schools.  Her love for education started at a very young age because of the caring educators in her schooling.  She has served as a classroom teacher, mentor, instructional coach, and assistant principal.  She has been the Principal at Faxon for the last seven years and loves every minute of it!  Mrs. Snipes earned her Bachelor’s Degree in Elementary Education from Northeast Missouri State University.  She continued her education at the University of Missouri-Kansas City receiving a Master’s Degree in Curriculum and Instruction and an Educational Specialist Degree in Urban Leadership.  Mrs. Snipes is currently taking classes for her doctorate degree in Leadership.  A mother of two, she keeps herself busy going to volleyball games, watching her daughter cheer on Friday nights, and visiting her son at Central Missouri State. 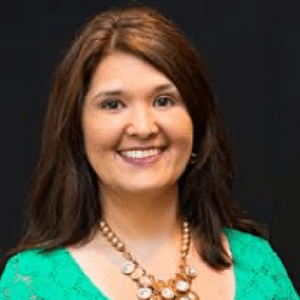 Principal Leah Starr has been proudly passionate about student learning since she began her teaching career in 2002.  Her love for student growth and development has grown from her 16 years of service in education for Kansas City Public Schools.  She earned her undergrad degree in Early Childhood Education from Park University, an MA in Multidisciplinary Education from Webster University, and her Ed Specialist Degree from University of Missouri.  She has held several roles in the district including Teacher, Early Reading First Coach, Instructional Coach, Vice Principal, and Principal.  She is married with three wonderful children.  Mrs. Starr believes given opportunity and guidance, all students can use their leadership skills and talents do great for our community and the world. 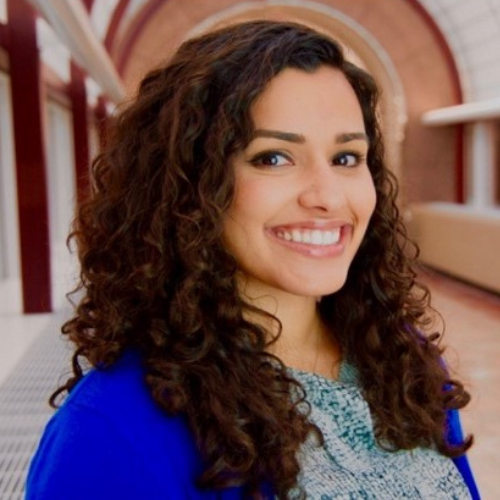 Jaqueline Tanner has been appointed the Principal of Primitivo Garcia Elementary for the 2020-2021 school year. She was born in Phoenix, Arizona and raised in Kansas City, Missouri. Mrs. Tanner is a wife and mother of a seven-year-old son and three-year-old daughter.

Jaqueline obtained a Bachelors of Elementary Education from the University of Missouri- Kansas City. While pursuing a Masters of Teaching English for Second Language Learners, Jaqueline began her teaching career at Gladstone Elementary, teaching third and sixth grade.

In 2017, Jaqueline was accepted into the KC Plus program, a principal certification and Master degree program for talented educators with a strong desire to be transformational leaders. Jaqueline has served as a KC Plus Resident and Assistant Principal in her four years at Primitivo Garcia Elementary. Jaqueline is passionate about bringing equity to education through quality instruction, social-emotional support, and community engagement.

Jaqueline is thrilled and excited about the opportunity to serve Primitivo Garcia and the Westside community. 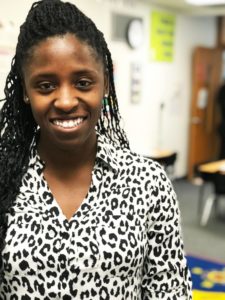 Dawn was born and raised in KC, graduated from UMKC and began her teaching career teaching at a local charter school. Through Leading Educators, she met several KIPP KC teachers and learned about the exciting things going on there. Six years later, she has served as a kindergarten teacher, first-grade teacher, grade-level chair, assistant principal, and now principal of the elementary school. She is very excited about another year at KIPP!

Are you a principal and would like more information?

Register to get started.